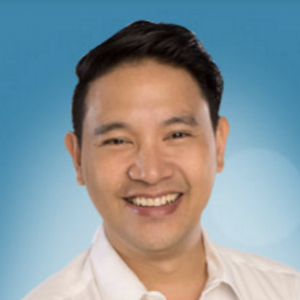 Cory Aquino from the eyes of a kid

I woke up this morning and got the news of Cory’s passing via Twitter.
Today, I write what I remember.

Ninoy, EDSA and Cory: From the eyes of a child

I remember admiring Kidlat de Guia and his family as they were in the streets of Baguio rallying in solidarity of the EDSA revolution. I would have wanted to join, but at 11 years old, I would just be a spectator on TV as history unfolded.

When we moved to Times St. in Quezon City, I would have glimpses of Cory at the nearby parish, Twin hearts of Jesus and Mary. We’d pass by their Times St. home and I would recognize the gate from the images I saw on TV – flowers at the Times St. home for Ninoy.

I was moved to tears with this video shared by @jimparedes, Handog ng Pilipino sa Mundo: http://bit.ly/11I1YU

I have a rekindled appreciation of what the Filipino CAN do together.

I say a prayer for Tita Cory, her family and our country.
I am moved at how one woman can unite the Filipinos!
We’ve been blessed by her leadership, strength and pureness of heart.
Her legacy lives on!

I lined up to see Tita Cory on Saturday afternoon. The lines were relatively short at that time. I waited probably 1 hour. The young man behind lined up a second time, to see Cory another time. He shared how he met a grandmother and apo who begged their way so that they can go to visit Tita Cory. That evening, I kept updating my twitter, telling the world of the outpouring of love for Tita Cory from the Filipino people.

Today, August 2, Sunday, I went back to volunteer in the Secretariat. I was assigned to man the exit gates. My friend, Tanya and I were “greeters”. We thanked visitors for paying their last respects and wished them well as they left LSGH.

I was witness to maybe a thousand people who passed by. Many were sad. Most were tired. But one said: “Kahit ilang oras pa kaming pumila, sulit ang aming pag-punta.” Mahal na mahal ng Pilipino si Cory.

Why am I here?

On my way out tonight, I saw Viel once again. I greeted her. She was surprised to see me two nights in a row. She said: “Ang sipag mo naman!” I replied: “I’m helping out ;-) ” .

But what drives me?

I want to be part of history. I want to tell my children and grandchildren how things happened. The same way my father paid his respects to Magsaysay, so too do I pay my respects to Tita Cory.

I want to help. In this time of mourning, I want to do my part to help in whatever way I can.

Whether it’s ushering visitors, directing traffic, answering questions, listening to stories of Filipinos, taking photos to share, updating the world through tweets, singing, greeting, distributing kisses (chocolates, that is!), printing and distributing lyrics of songs, or just being there … I did all these to help and do my part.

For Tita Cory. For our fellow Filipinos.

This site uses Akismet to reduce spam. Learn how your comment data is processed.